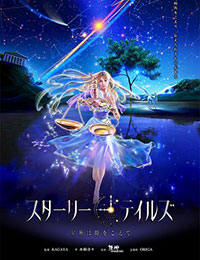 Plot Summary: Constellations were created thousands years ago and they have been handed down generation after generation up to now. This show focuses on this great fact. In the show, you will see instruction on constellations and movement of the sun, moon and planets against constellations. An associated story from Greek myths is provided with beautiful CG including the tale of Astraea, the goddess of justice, who is closely related to the constellation Libra..